ISTRIA, VODNJAN - a town in the southern part of Istria, about ten kilometers north of Pula, located in a fertile lowland area that erupts in the west near Peroj. Located in an ideal location known for its beautiful open sea views, as well as delicious wines and quality olive oils. According to legend, Vodnjan was created by uniting 7 Roman villas rustica within the age of Colonia Julia Pola. In Roman times it was called Praedium Athenianum and later it was transferred to Vicus Attinianum or Adinianum, then to Diniano - Dignano and finally to Vodnjan. The most important industry is traditional olive growing and the production of extra virgin olive oil, but then there are viticulture, livestock and trade, mostly the population is mostly engaged in domestic Istrian production.

Precisely on this location near the town of Vodnjan is a beautiful property, which in addition to quality olive trees is adorned with a unique panoramic view of the sea, Brijuni Islands and other coastal settlements in the distance, the connection between Istrian culture, favorable climate, unique natural beauty will surely leave you speechless. The family villa located on a fenced garden of a total of 4671m2, will provide its comfort and warmth to the new owners within its 267.40m2 of living space. The larger and main part of the house occupies its 148.70 m2, within which they are located on the ground floor; entrance hall that separates the private part of the space from the living and socializing area, so there is a large and sunny living room from which through a larger glass wall extends the exit and a view of the covered terrace, pool and olive grove. The living room is additionally decorated with a larger wood-burning fireplace, which adds importance and warmth to the space. Then, next to the living room in a separate open room, there is a larger dining room that has its own direct line of communication with the spacious kitchen. Next to the dining room there is a separate room that is currently used as a bedroom, but its original purpose was as a separate private office and the like. From the lobby with a small internal staircase leads to the upper floor where there are 2 bedrooms, one of which has its own balcony with panoramic views of the sea and greenery, while the other bedroom has its own toilet. Then, next to these two bedrooms, there is another room that is currently used as a separate larger walk-in closet, then a separate toilet and bathroom. What enriches this space is the direct communication with the basement, which is currently used as a larger storage and "utility" room of 60.20 m2, and which was originally planned as a private spa area with sauna. The ground floor of the villa has an additional separate space with its own entrance where the apartment of 58.50 m2 is located. The apartment is equipped with two bedrooms, bathroom, kitchen, dining room and living room in one "open space". From the kitchen there is an exit to the outdoor covered terrace which is in direct communication with the garden and pool. In front of the house in a private part, protected from all views, there is a swimming pool of 12x5m, with glass mosaic and a Roman staircase. A special atmosphere is created by lights that come on at night, as well as the fact that the pool has a water heating system. Next to the sun deck by the pool is a small summer kitchen with a bread oven and barbecue. The engine room, small storage room and separate outdoor shower are located near the pool in a small auxiliary building of 13.80 m2. In front of the pool there is a field of beautiful and quality 135 pieces of olives aged 10 and 35, as well as a garden with other fragrant flowers and lavender bushes. A special atmosphere in the garden is created by the old Istrian cistern, which is still used to collect rainwater, and which then supplies the irrigation system of olive groves in front of the pool and part of the garden. In front of the villa, at the entrance to the garden there is a garage of 68m2 for parking 2 to 4 cars, while under the garage hid a real Istrian tavern with fireplace, kitchen, dining room and storage for wine and olive oil. Of special importance is the fact that the land away from the villa is agricultural, which for the view means that it is secured, as well as peace and privacy. The villa is located in a separate smaller and quieter part of Vodnjan, surrounded by only a few other villas whose owners equally enjoy the peace and escape from everyday life. It is a special property, with great potential.

Dear clients, the agency fee is charged in accordance with the General Terms and Conditions: www.dux-nekretnine.hr/opci-uvjeti-poslovanja 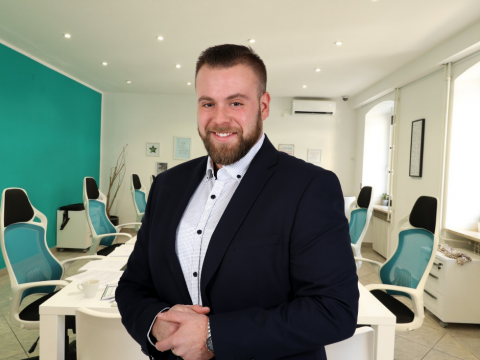 Copyright © 2023. DUX real estate, All rights reserved
Web by: NEON STUDIO Powered by: NEKRETNINE1.PRO
This website uses cookies and similar technologies to give you the very best user experience, including to personalise advertising and content. By clicking 'Accept', you accept all cookies.
More options
I accept